Minimalism is the act of reducing how much you consume, whether it’s in terms of physical items, food, or anything that can be used excessively. This kind of lifestyle has become prevalent around the world, and it’s leading to a state of planet-wide unsustainably, where the resources we have at hand simply can’t keep up with the amount that we are consuming year by year.

This consumption has led to millions of people across the planet wanting to cut down on how much they consume, giving rise to movements like minimalism. Not only is it good for the planet, but it’s also good for us, as we will explore here.

The human brain is a complex and powerful machine that’s capable of processing incredible amounts of information, but it can very easily fall prey to being overwhelmed, especially when confronted with too much stimulation. When this happens, the brain goes into stress mode, which in terms can make us feel anxious depressed, and nervous. Stress is a serious problem in the modern world, and much of it can be traced to how much we own. The more things we put into our house, the more we have to worry about, the more our insurance goes up, and the more we worry about losing it. Stress is cumulative, meaning that the only way to cut back on it is by isolating the main cause and fixing it. 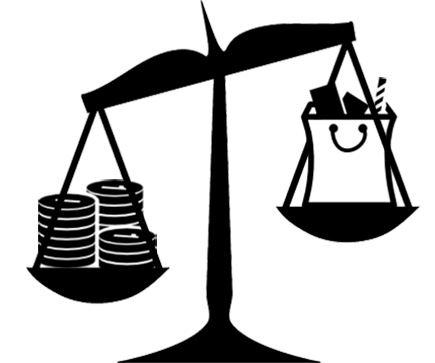 The current economy means that people are battling more than ever to cover their costs of living, and this can be seen by the amount of average debt that has built up over the last two decades. It hit crisis point in 2008, but we’re again facing a world where we are being overrun by debt, both at a consumer level, as well as governmental. Owning fewer consumer goods and services; owning less stuff, intrinsically means that we lower our overall costs of living.

There’s never been a more important time to cut back on spending and instead focus on saving as the economic climate continues to look grim. But it’s not just about the items that we buy, but also how we live; going out to restaurants every second day might seem easier than cooking, but it can lead to serious financial consequences down the line. It’s important to remember that a credit card is meant to be used responsibly, not as another means of buying as much as possible.

One of the driving factors behind minimalism is reducing the burden placed on the earth. With the countless environmental problems that the human race is facing at the moment, it’s imperative that we change our habits as quickly as possible, something that only minimalism is able to facilitate. The misconception prevails that the movement is about living like a hermit without any nice things, but it’s actually about reducing where we can do to reduce how much damage we’re doing to our home.