How to Deal with Cyberbullies and Trolls

The internet has completely revolutionised our way of life in recent years and has brought a new level of ease and convenience to everything from shopping and socialising to research and banking. However, it could be argued that the internet is equal parts good and bad, and sometimes it may feel like the bad completely outweighs the good.

While there is an abundance of positivity online and it has brought the world closer than we could have foreseen, it also opened the door to a host of negativity – online predatory behaviour, cyberbullying, trolls, scammers, and hackers to name just a few. Most people will come across trolls and cyberbullies at least once, but what happens when it feels like a systematic takedown? Here’s how to effectively deal with the problem and protect your mental health at the same time.

Hollywood Actress and activist Ashley Judd took to the TED stage in 2016 to deliver a powerful talk revealing her continuing experience of verbal abuse on social media as a rape survivor and victim of sexual harassment. Even though the talk took place in 2016, Judd, as a result, continues to be the victim of online hate attacks, proving the extent and severity of the cyberbullying and trolling problem.

Cyberbullying takes many forms and can range anywhere from abusive status updates mentioning specific individuals, comments and emails, incessant harassment, and spreading of rumours, to the circulation of fake videos and photographs designed to embarrass an individual or sully their reputation. Fortunately chats while playing bingo for money are moderated, but discussions on social media pertaining to social, cultural, or political issues are generally a magnet for vitriol and messages nearing the level of hate speech.

While many hold the opinion that children and teens are more susceptible to cyberbullying and trolls as surely adults know to just ignore the issue, delete the comments, and move on, this is a wholly incorrect and dangerous assumption. Ignoring the problem and advice to ‘not feed the trolls’ is far easier said than done unfortunately. The website NoBullying.com receives over 9 million visits annually from victims seeking assistance with cyberbullying, online safety, and bullying, revealing the sheer scale of the problem.

As Dr Whitney Philips, communication lecturer at Humboldt State University, wrote: “Don’t feed the trolls’ frames conversations about aggressive online behaviours solely in terms of the aggressor. Even if a person avoids feeding the trolls, he or she is still playing into the aggressor’s hands.” However, even with the availability of helpful resources, overcoming the psychological effects of bullying can be difficult and the young are not the only casualties.

Steps You Can Take

The anonymity of the internet and general lack of accountability and negative consequences encourages abusive behaviour and bolsters bullies and trolls to say things they would otherwise most likely never say. Here’s what you can do if you’re a victim: 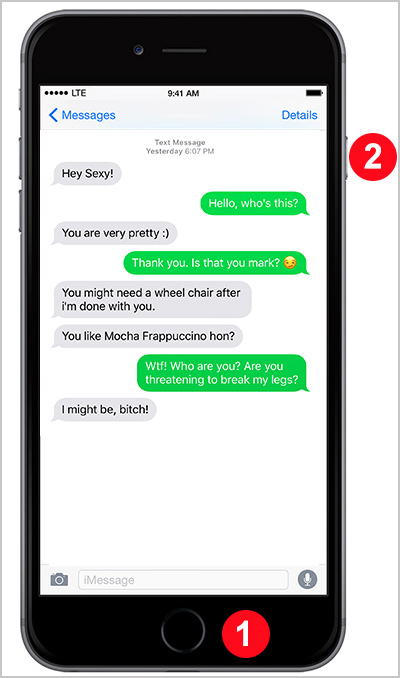